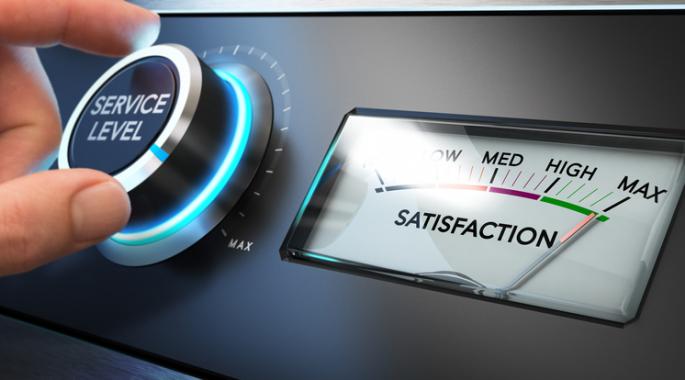 Maintenance teams are the unsung heroes of apartment communities: When a resident has a problem with their home, it’s the maintenance technicians who come to the rescue. But how much does the work of the service team factor into resident satisfaction and their decision to renew?

Probably more than you think.

NAA’s APTVirtual session, “Make it or Break it Maintenance” delved into the role that maintenance service plays in renewal rates—for better or worse.

While 44% of residents reported that they were not likely to renew, 27% listed apartment appearance and condition as a primary factor. Another 23% named community appearance and cleanliness and 21% cited pest or insect problems. An additional 14% listed maintenance staff themselves as their reason for leaving.

“We’ve always known that our maintenance teams are essential. They’re the face of our communities,” said Mary Gwyn, session expert and chief innovator at Apartment Dynamics. “There was talk at the beginning of the pandemic about laying people off. The people they didn’t even talk about laying off were our maintenance people because they’re essential to maintaining the property, to retaining our residents.”

Though the survey shows that unsatisfactory service and upkeep levels can cause residents to leave, proactive and attentive maintenance service also has a direct and positive correlation to renewals.

Paul Rhodes, session expert and Director of Maintenance Operations for The Life Properties, said that from a maintenance perspective, renewals are established before new residents even arrive.

“There was a study that said that the majority of residents determined whether they were going to stay during the first 30 days of their residency,” Rhodes said. “An ounce of prevention is worth a ton of cure in this case. Renewal starts before move-in.”

Rhodes said the study results highlight the importance of conducting routine preventative work during vacancies to prevent problems and service requests in that all-important first month. He also recommends scheduling a mid-lease maintenance check-in on each home.

“Instead of waiting for the resident to call us with a problem, let’s go find a problem,” Rhodes said. “Things are always going to break. Halfway through a lease term is almost too late.”

Gwyn expects that many of the new maintenance protocols that have been deployed during the pandemic, like enhanced sanitization measures, will remain well after COVID-19 concerns subside. The key is to lessen the negative impact of those protocols, or even use them to your advantage.

Gwyn said that rather than waiting three days for potential germs to die, her teams use backpack disinfectant sprayers to sanitize each home immediately after a departing resident turns in their keys. It gives them a jumpstart on apartment turns and reduces vacancy loss. Once a vacant home is restored and the maintenance crew leaves, the apartment is disinfected again, and the door is sealed.

She suggests promoting those sanitization practices, both to prospective residents and current residents.

“We seal the doors so the new move-in knows that they’re the first ones in there after it has been sanitized,” Gwyn said. “It gives them peace of mind, and it’s a marvelous marketing tool, too.”

Gwyn advises property managers to post a dated sanitization checklist—similar to those often found on the back of restaurant bathroom doors—in vacant apartments, community fitness centers, pool facilities and other common areas, indicating the frequency and recency of sanitization efforts.

“Right now, we’re just working hard to give our residents the confidence that we’re concerned about their safety,” Gwyn said.

Above all other factors, Gwyn and Rhodes said clear communication between maintenance team members and residents has a positive impact on renewals.

“It’s more than just the notices and flyers that we send to our residents on a regular basis,” Rhodes said. “Your body language and the way you present yourself is actually more important than the words we use with our residents. It’s still important that we respond to maintenance requests. And when something is broken, we go fix it as soon as we can, and we communicate with residents when we can’t go fix it instantaneously and give them a time frame. In all of this, we need to be sure that we’re doing it in a professional manner, and that we communicate.”

Doug Pike is a Content Specialist with LinnellTaylor Marketing.