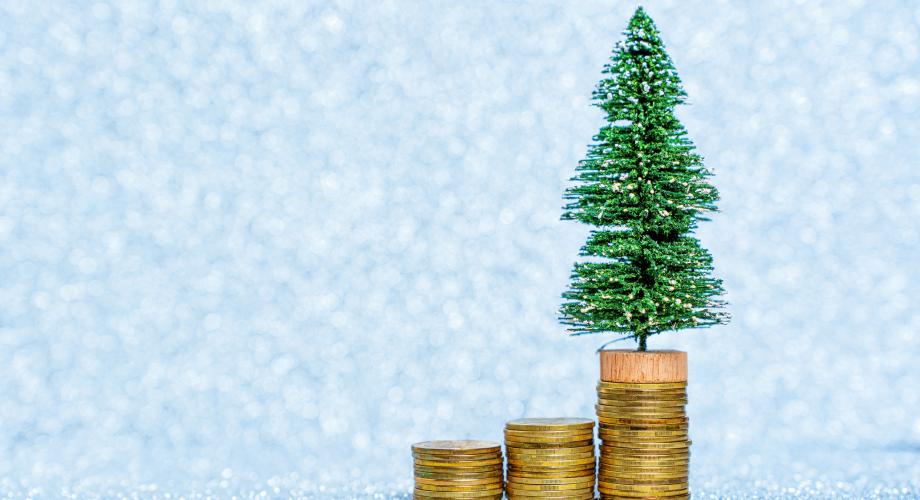 Once again, inflation came in lower than consensus forecasts, measuring 7.1% year-over-year and just 0.1% over the month. Core inflation, excluding food and energy, was up 6.0% and 0.2%, its lowest increase since August 2021. In addition to gasoline (down 3.5%), consumers saw the most relief this month on prices for airline fares (-3.0%) and used cars and trucks (-2.9%). Fuel oil rose 1.7% while food prices, particularly fruits and vegetables, were up 1.4%.  Shelter costs were the largest contributor to inflation and more than offset declines in energy prices. 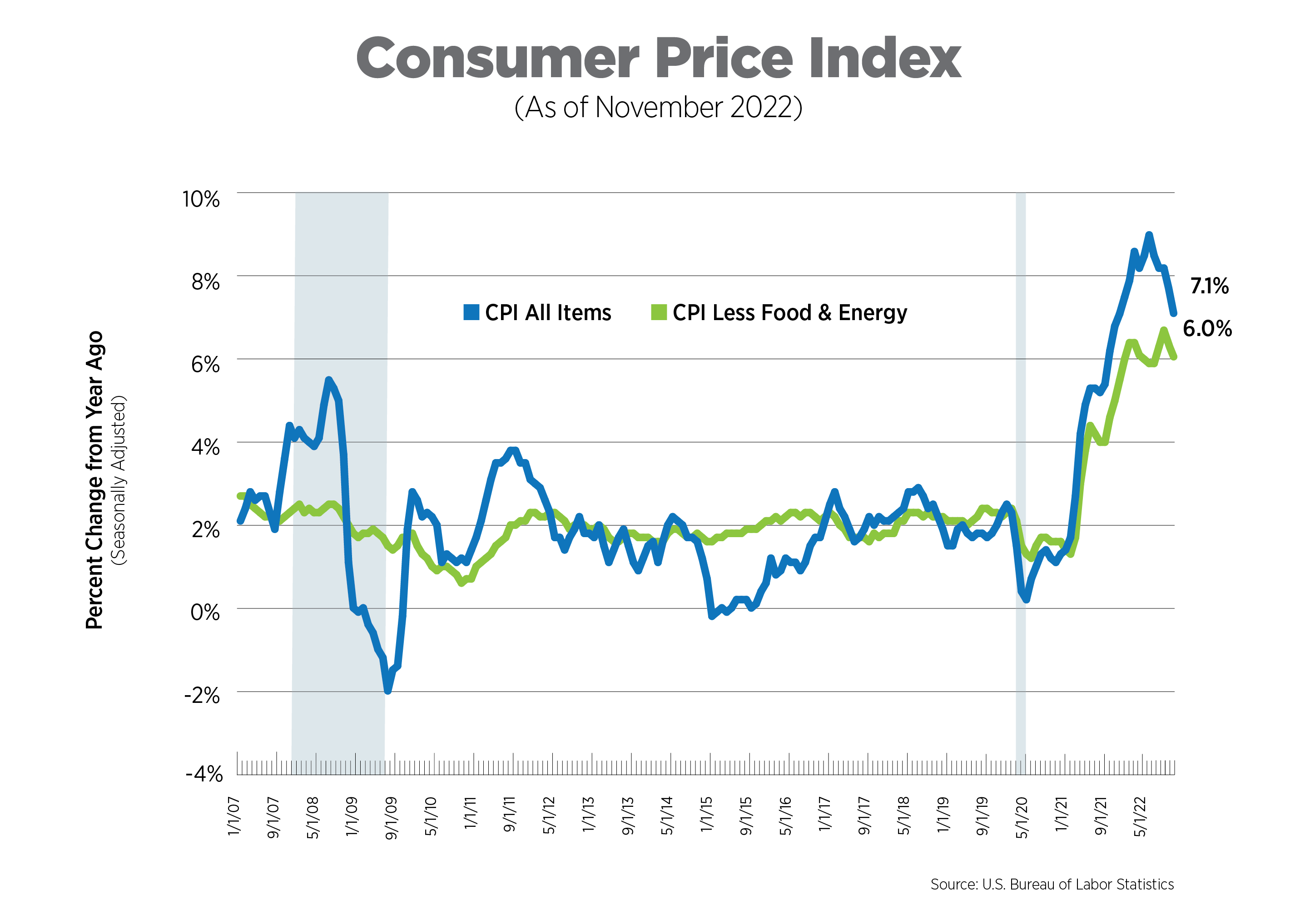 The CPI includes two measures for shelter costs: owners’ equivalent rent and rent of primary residence, both of which are self-reported. Together, they comprise about one-third of CPI. Owners’ equivalent rent, which is the price owner-occupiers think they could attain if they rented their homes, increased 7.1% year-over-year, and once again was a record high since the BLS started tracking the data in 1983. Rent of primary residence rose 7.9% and remains at 40-year highs. On a monthly basis, rent was up 0.8%. Private sector sources such as Apartment List showed average national rents declined by 1.0% in November, a larger drop than during the pandemic lockdowns. Shelter costs, as measured by the BLS, are expected to be a main driver of inflation into 2023. 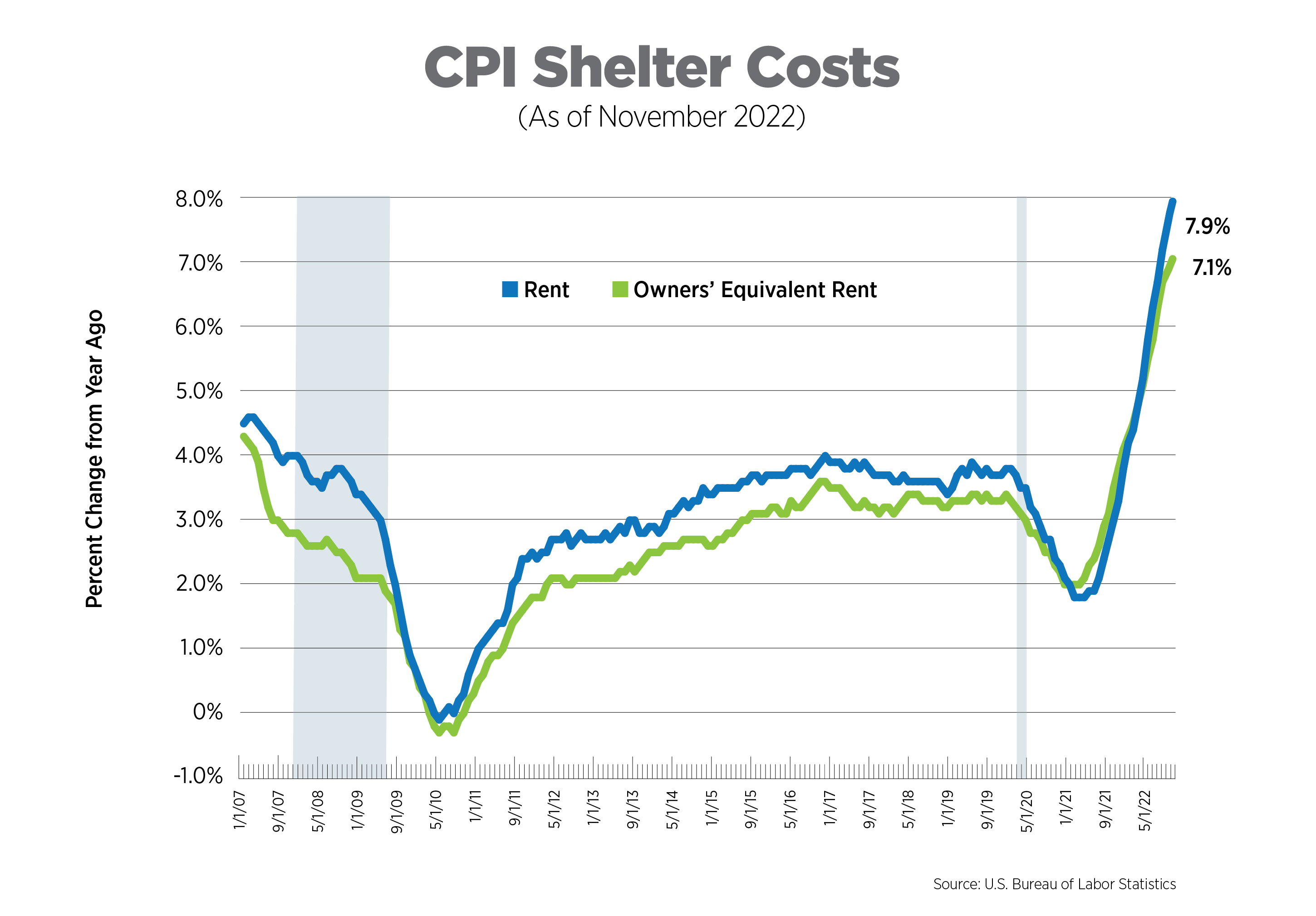 The Producer Price Index includes a compilation of prices which measures all inputs to multifamily construction, excluding capital investment, labor and imports. For goods, this means lumber, gypsum, steel and other building materials. For services, this includes financial, legal, engineering, architectural and transportation services, among others.

Prices for services pulled back considerably over the summer, but have begun to increase again, up 5.7% year-over-year, well above long-term averages. Goods price inflation also remained highly elevated, with double-digit increases for 21 straight months. Developers have seen some relief on lumber and steel prices but it’s not enough to offset other soaring materials prices such as gypsum and concrete. This sustained runup in prices combined with interest rate increases and cooling demand will result in far fewer construction starts in 2023. 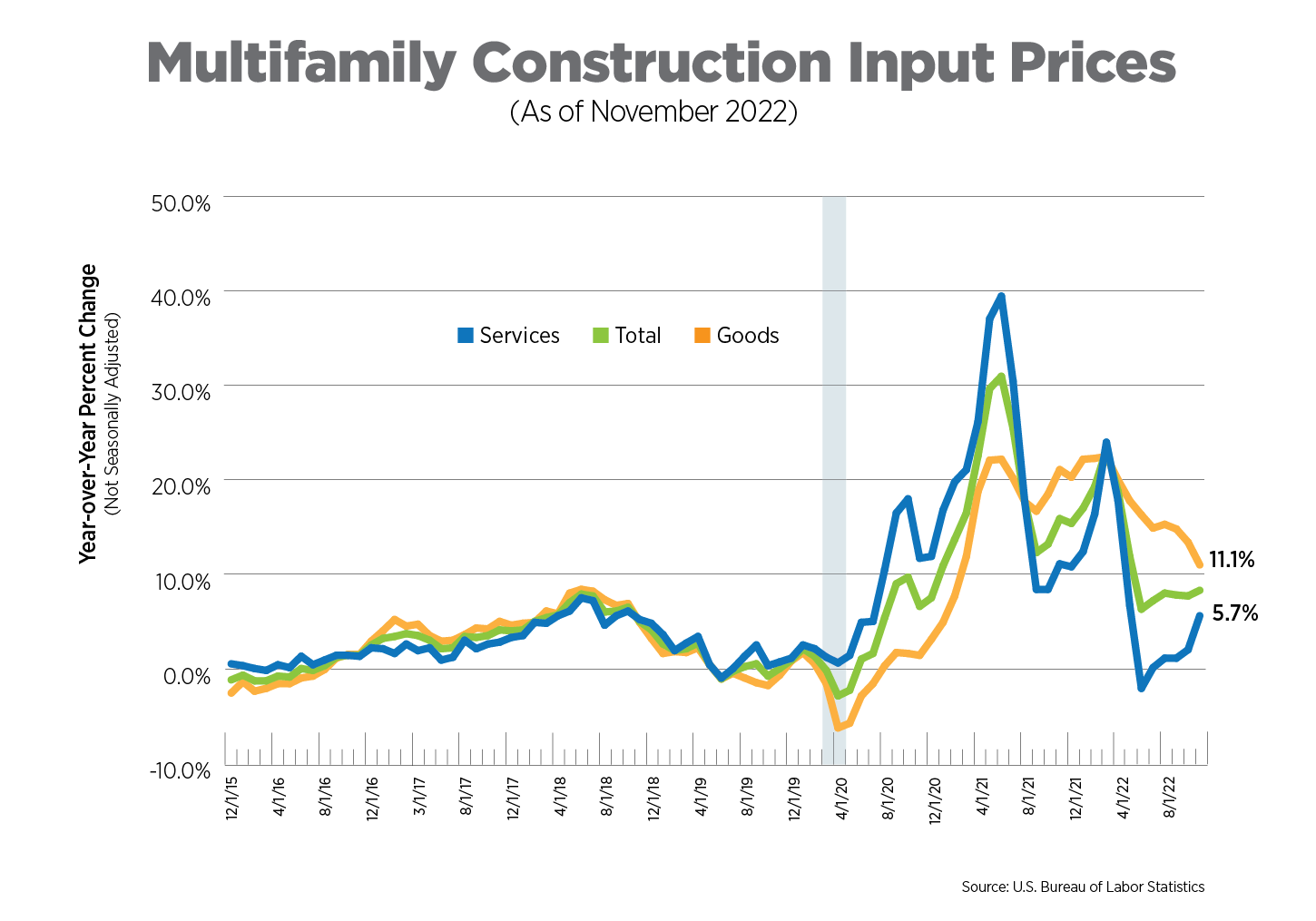 The Fed tracks 21 different measures of inflation expectations. The data presented in the chart below are from the University of Michigan’s Consumer Sentiment Survey, specifically the median expectations for inflation one and five years from now.

Both short- and long-term expectations have been volatile in recent months but likely peaked earlier this year. November readings came in at 4.9% and 3.0%, respectively. The Federal Reserve Bank of New York’s Survey of Consumer Expectations revealed steeper declines in short-term expectations with the one-year estimate dropping 0.7 percentage point to 5.2% 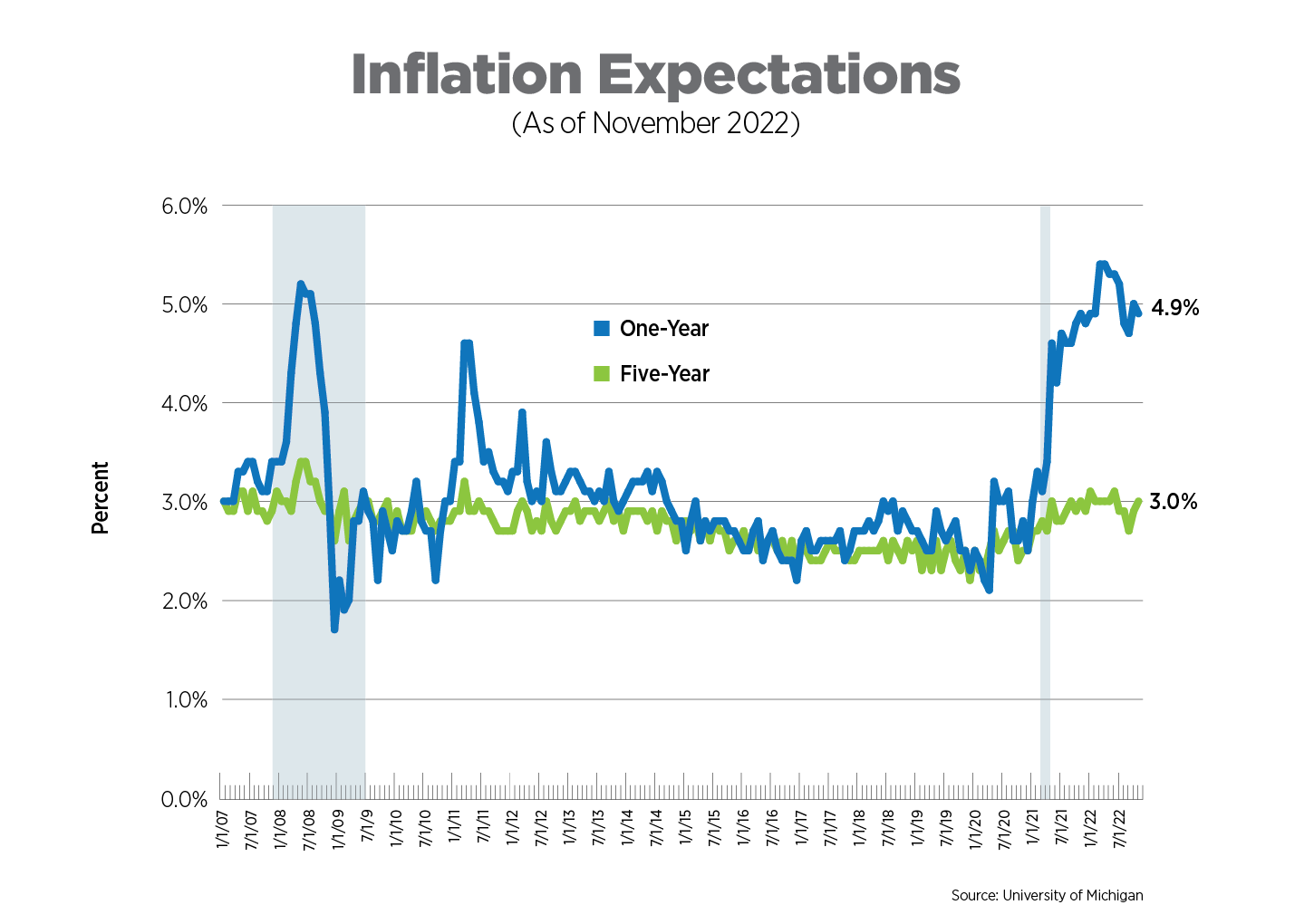 Wage growth has essentially moved sideways over the past six months, with just a 30-basis point range. In November, growth topped five percent year-over-year, far higher than the Fed would like to see. Although the labor market has cooled slightly, it remains tight enough to continue putting upward pressure on wages. Wage growth in the transportation and warehousing sector (8.8%) along with the information sector (8.7%) came out ahead of the leisure and hospitality sector (6.4%). 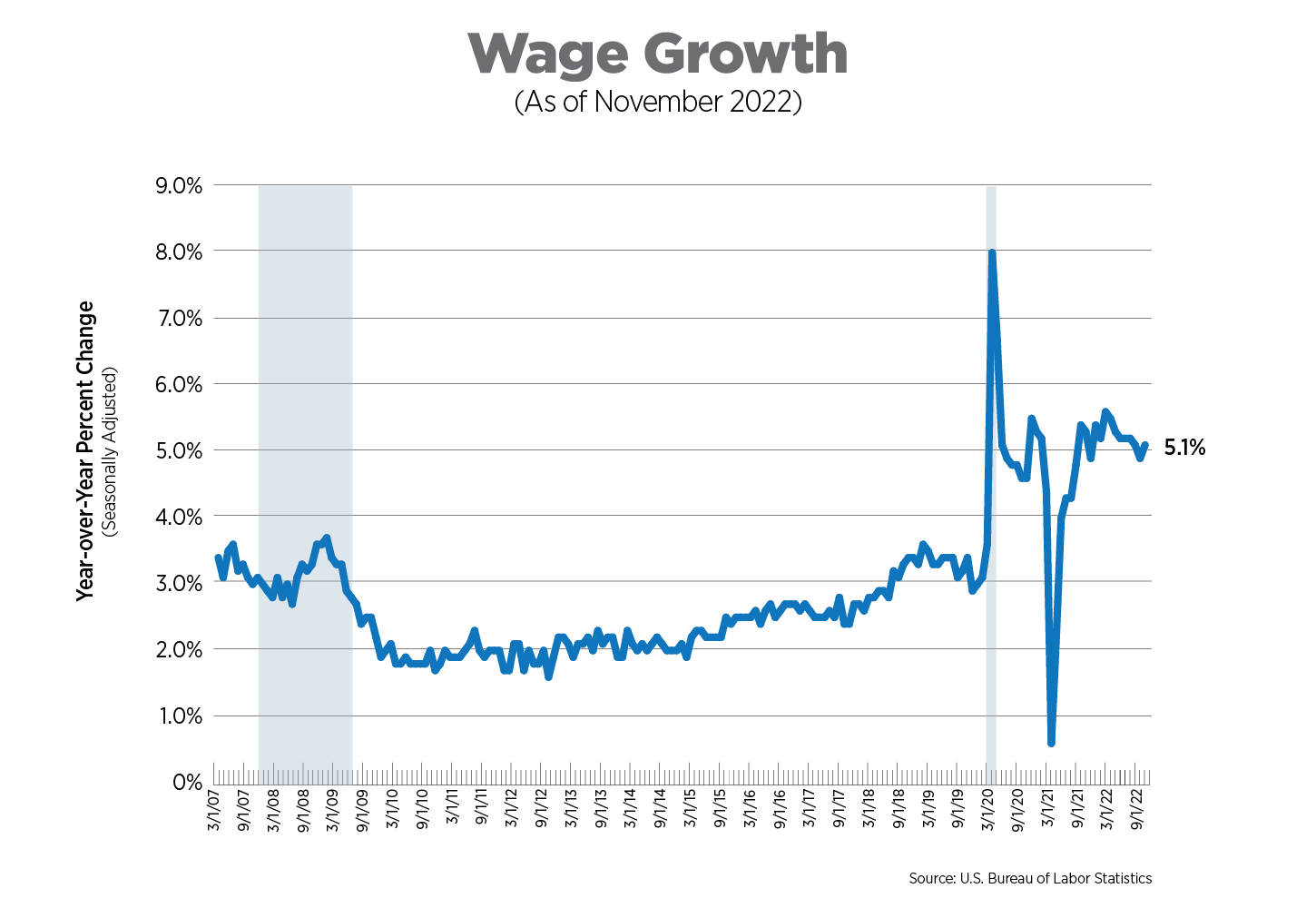